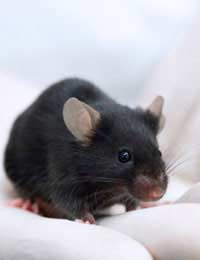 A Contract Research Organisation (CRO) is still a relatively new concept in organisations with regards to research and animal testing. A CRO provides a large breadth of research services, namely relating to the pharmaceutical industry. Ultimately, a CRO is an independent contractor that takes on the role of a sponsor. The sponsor may be the government or it could be a non-profit organisation, university or private pharmaceutical company. Sometimes the sponsor will conduct all of the research needed to bring a drug to the market, other times they may conduct part of it and use a CRO for the remainder, or they may contract a CRO to take on the entire range of required services necessary to bring the drug to the market.

Understanding the Concept of a Contract Research Organisation

A CRO basically assumes the role required to develop a drug and bring it to the market. While it may sound simple, it requires an enormous amount of research. The CRO must create a protocol and then prepare and monitor all the investigations before providing the report writing and submissions that must be provided for evaluation. Once evaluated, the drug may or may not be approved for entrance into the market. The process of bringing a drug into the market can be an extremely onerous one and it initially involves animal testing before progressing to human clinical trials. The costs can be astronomical, which means that companies are virtually always looking for ways to reduce costs and save time as well in bringing the drug to the market. The faster the drug hits the market, the less it costs and the quicker profits can begin to accrue.

As mentioned, a CRO will offer a huge range of services to the client. This might include the actual product development, which means creating a precise formula to the client's needs. It also may involve animal testing and the management and observation of human clinical trials. A CRO may also provide the laboratory and related services where the clinical trial drug can be assessed and tested. In addition, the data aspect of bringing a drug to the market is an important one and usually involves the generation of huge volumes of data from animal testing and clinical trials. A CRO can manage all of this data, from start to finish, which involves the final submission of the drug for approval.

Using a CRO can be a very wise decision for a number of reasons. Rather than conducting the research within the company, using a CRO means utilising an experienced organisation, which can reduce the amount of time needed to actually develop a drug and introduce the drug to the market.

Some companies simply do not have the facilities to conduct animal testing and other tests. Therefore, it can be cost effective to contract the research to a CRO because they already have the facilities to handle the animal testing and clinical trials. Also, a CRO will be knowledgeable on the laws and regulations pertaining to animal testing and clinical trials within a particular country, which means that the development and introduction of a drug to the market will be done accurately and reliably with respect for applicable regulations. Using a CRO can also mean that a company avoids hiring staff for the work because the CRO manages all of this aspect, thereby reducing costs for the client.

With the massive amount of data generated from animal testing and clinical trials, it's important for it all to be summarised succinctly and clearly when a new drug is submitted for approval. A CRO will be experienced in this area and can ensure that it is done correctly. This ultimately maximises the chances of the drug being approved. A CRO is also thought to be more cost effective because they hire younger, less experienced clinical investigators, which reduces their own operating costs and passes them on to the client. In that same light, however, this is considered a downside given that the investigator is less experienced, even when they are well trained in the laws and regulations of the country, for instance.

Despite all of the benefits that pertain to a CRO, there are still some important considerations that should be made before research is outsourced to a CRO. One specific study found that the chances of a research subject experiencing harm is higher in a CRO as opposed to a more traditional clinical study environment. There are also reports of poor, struggling immigrants being recruited as volunteers because their language barriers made them more susceptible to the influence of CRO recruitment agents. There were also reports that the immigrants were not understanding of all the risks - mostly because of the language barriers - and they also only received the majority of their payment toward the latter part of the clinical trial.

A CRO clearly plays a large role in the pharmaceutical industry and is important in providing services to sponsors, so that drugs can be brought to the market faster and more cost effectively. Their knowledge, experience and facilities available for animal testing are also important in the provision of humane animal testing that adheres to local laws and regulations. The issues, however, are ones that should be addressed by regulatory departments within each country, which can ensure that volunteers are ethically recruited. For now, the CRO industry is booming and will likely continue to grow as the sponsor demand increases.