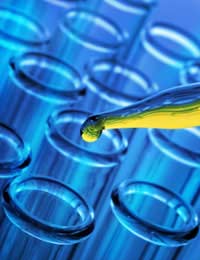 In the UK, just over half of all animal tests are classified as moderate. The regulations require that after a project license is granted for the moderate level of projected animal suffering, the animal's suffering does not exceed this level. In an interesting study performed by an independent contractor for the Human Society in the United States, it was found via survey that the public's level of discomfort with animal testing was largely dependent on the level of pain suffered by the animals. Where tests were mild, approximately one third of the public disapproved of testing whereas more than half disagree with moderate pain levels and three quarters were against animal testing when it involved significant pain. These results suggest that if more animal tests can be tailored to reduce animal suffering to the mild category while still obtaining the experimental aims, there may be less public resistance to animal testing. Unfortunately, some tests will require a higher level of pain but the hope is that new technologies and research will reduce the number of tests in the moderate category.

There have been experimental projects classified as moderate that were, in reality, more closely aligned to the significant classification for animal suffering. Procedures that were performed on primates have received the moderate classification, possibly due to pressure faced by medical professionals and the health care system to provide effective treatments for some of our most deadly and debilitating diseases such as cancer, Parkinson's disease and Alzheimer's disease. Procedures such as those involving the implantation of electrodes into the brain of primates have been tagged as moderate under the current classification system when in reality, it was shown that the procedures caused substantial pain and suffering to the animals involved. This inconsistency has called for many cries to re-evaluate the current system and provide less biased determination of project classification.

With the current small number of categories for assessment, poor classification could mean that a project license is granted based on inaccurate information when instead, a license may have otherwise been turned down. Another criticism of the classification system is that the level of suffering can vary greatly throughout an experiment. Thus, the current system is considered not advanced enough to appease the demands of today's testing structures. Still other critics feel that the entire system of classifying animals only prior to experimentation is a poorly structured one because it relies on projected levels of suffering. They argue that it is no better than an educated 'guess' that could result in higher than projected levels of animal suffering. The alternative here would be a two-phased classification system where animal suffering is projected prior to experimentation and then again after a license is granted and during animal testing itself.

While all of this additional assessment and monitoring does place a larger burden on scientists involved in animal testing, it would mean that animal care is improved and that animal testing itself becomes more transparent overall. Ultimately, whether you support animal testing or are against it, the reality is that animal testing does occur. At the very minimum, animal welfare should be maximised at all times. The current classification system is a step in the right direction but will hopefully be improved in the future. Alternative methods such as refinement procedures will also ideally reduce the number of projects granted a license under the moderate category of animal testing, which means an increase in the mild category and a lower level of animal suffering or distress.