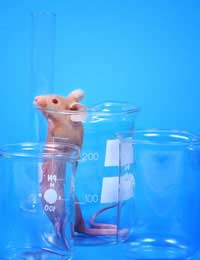 In the UK, unclassified projects mean that the animal received anaesthetic before being killed without ever becoming conscious. Therefore, the unclassified level refers to procedures where there is no animal recovery. Approximately four percent of projects in the UK receive the unclassified designation.

There is some disagreement among animal rights activists regarding the unclassified category in comparison with the mild category. Although many activists are adamant that all animal testing is wrong, others are concerned with the regulation and accountability aspects of animal testing. They also focus on minimising animal suffering while still offering some support - however small - to the use of animals in clinical trials. The mild category involves a minor level of distress to the animal but generally does not result in a significant change from the animal's prior state of health. Some animal advocates cite this classification as preferable whenever possible because it means that animals suffer very little and are not killed afterwards. Others are preferable to the unclassified category because it does not involve any pain or suffering to the animal. Since the animal receives anaesthetic prior to experimentation, it never gains consciousness during the experiment and is ultimately put to death. The aim to safely keep the animal alive or maintain the lowest possible level of suffering is unfortunately one that compromises one side.

Another important issue regarding the unclassified assessment is the description that this classification entails no suffering for the animals. Some individuals and organisations argue that it is simply ridiculous to classify a procedure that leads to death as being one without suffering in the sense of causing harm. The lack of suffering, they cite, seems to imply that there is no cost to the animal, which is far from the case. Still, it would seem that in comparison with, for example, projects classed as substantial, the unclassified aspect is superior in terms of appeasing concerns relating to animal suffering. While projects classed as significant may leave an animal alive and unable to cope, those in the unclassified category avoid this challenge. Regardless even of these debates in terms of the moral aspects related to each category and the testing that occurs, further debate is focused on the accuracy of the classification system itself.

With the current small number of categories for assessment, poor classification could mean that a project license is granted based on inaccurate information when instead, a license may have otherwise been turned down. Another criticism of the classification system is that the level of suffering can vary greatly throughout an experiment. Thus, the current system is considered not advanced enough to appease the demands of today's testing structures. Still other critics feel that the entire system of classifying animals only prior to experimentation is a poorly structured one because it is relies on projected levels of suffering. They argue that it is no better than an educated 'guess' that could result in higher than projected levels of animal suffering. The alternative here would be a two-phased classification system where animal suffering is projected prior to experimentation and then again after a license is granted and during animal testing itself.

While all of this additional assessment and monitoring does place a larger burden on scientists involved in animal testing, it would mean that animal care is improved and that animal testing itself becomes more transparent overall. Ultimately, whether you support animal testing or are against it, the reality is that animal testing does occur. At the very minimum, animal welfare should be maximised at all times. The current classification system is a step in the right direction but will hopefully be improved in the future. Many hope that alternative methods such as refinement procedures will also ideally make the mild category the largest one, which means a lower level of animal suffering or distress while still preserving animal life.