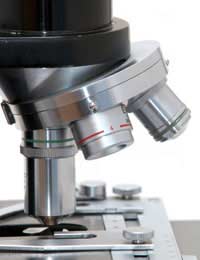 Myth: The use of animals is pointless because animals are different from people.

In reality, mammals generally share the same basic organs as humans - such as a heart, lungs and liver. The functions are similar and overall, the similarities are more prominent than the differences. In some cases, the differences can even offer helpful information. An observation of mice could alert us to the same potential observation in humans, which may encourage the development of a valuable treatment. In addition, there are numerous medications used in veterinary medicine that are also used in humans. One example would be the drug Reconcile, which is an antidepressant developed for dogs. Prior to its approval, veterinarians prescribed the basic drug form approved for human use. The only difference with Reconcile is that it is flavoured to appease a dog's palate.

The vast majority of animal testing utilizes mild experiments that tend to comprise one injection, a blood sample or some alteration in the animal's diet. In cases where an animal may suffer from a high level of pain, anaesthetics or pain relievers are used. Sadly, the isolated cases where a researcher has behaved poorly and has failed to follow regulations and guidelines have received enormous media coverage, which falsely gives the impression that all researchers behave in this manner.

Myth: Side effects and distress experienced by animals are undetectable, which makes animal testing unreliable.

There is a mistaken belief that medications that are removed from the market due to side effects are done so because animal testing failed to identify the effects, thereby rendering the testing useless. The fact is that clinical trials entail final testing on humans. Some side effects are so rarely experienced - although they are serious enough to warrant withdrawal - that this final stage of the clinical trials process misses the detection of the side effect.

Myth: Researchers aren't concerned about animals or are indifferent to their care.

There is a mistaken idea that researchers do not care about the health, safety and care of animals but this is not the case. As with many people, researchers enjoy animals and do care about animal health and well-being. These same researchers who perform animal testing often have pets of their own and have no desire to see animals suffering or harmed. This approach relates to the focus on using alternative methods whenever possible.

Myth: The existence of alternative methods means that animals are unnecessary for testing.

Simply because researchers have established guidelines on using alternative methods does not imply that animal testing is unnecessary. The use of alternative methods exists to ensure that animal testing is only used if no other means are available. It also ensures that animal safety and well-being are considered at all times. Unfortunately, there is no alternative to an entire organism. Although cell cultures and similar methods are still useful, they do not demonstrate the same scientific importance and use as a whole organism provides.

Myth: The majority of animal testing is conducted for cosmetics development.

The truth is that very little animal testing is performed for cosmetics development relative to biomedical research and other uses for animal testing. In fact, approximately one tenth of a percent of all animal testing is for cosmetics purposes in the United Kingdom. It's also important to note that these 'cosmetics' include sunscreens and cleaning products for contact lenses, which are considered somewhat medically based. Those products we tend to assume constitute cosmetics such as lipstick and mascara are no longer tested on animals.

Unfortunately, there are many myths regarding animal testing and it is more likely than not that they will continue as new ones are spawned. Try to educate yourself on the facts and ensure that decisions are based on accurate information. People can sometimes manipulate the facts to support their cause, but this only does a disservice to the public and those who are involved in animal testing. Ultimately, an individual is entitled to choose to support or condemn animal testing but hopefully, that choice will be based on facts rather than myths.

What is Animal Testing?
Share Your Story, Join the Discussion or Seek Advice..
[Add a Comment]
Your myths are complete crap. Animals do experience much pain and suffering during these tests and they're usually killed afterwards to be studied. Your watering it down to this 'oh, it's just mild and not the least bit torturous!' is such an insult to these living creatures who didn't ask to be science experiments. Your 'myth' about lab workers caring for animals is also crap. Only a sociopath preforms tests where they put irritants into a rabbits eyes or forcefeed pesticides to beagles. The attempt to make this cruel practice look even the least bit acceptable is disgusting.
Wow. Really. - 27-Apr-19 @ 3:48 AM
this helps us in the medical profession to cure diseases
doi - 9-Mar-18 @ 6:31 PM
I don't think they should do drugs on any animals but if it has to be done they should try to do it on a animal that is already dying after the experiment is over they could put it out of its misery and try not to do it on like pet animals like dogs and cat they should do it on rats
my opinion - 14-Dec-17 @ 1:40 AM
people can lie to cover up animal cruelty because they dont want to go to jail and animals are different from humans
Dr.Kat - 28-Mar-17 @ 11:31 PM
I agree in principal that animals shouldn't be tested on for cosmetics or drugs. However in practice I'm not quite so certain. When my three-year-old child had meningitis I didn't ask how the antibiotics that saved her life had been developed. I have now been diagnosed with lung cancer. Should I refuse to accept any therapy where animals were used in its development? After all, I knew the risks were there and kept smoking!
Marjo - 25-Sep-16 @ 2:02 PM
i don't know what i should think about animal testing because i am against animal cruelty but it is helping with research
professor rohr - 19-May-16 @ 10:21 PM
I personally think it's not only heart breaking but also something that only a mentally disturbed person would take part in.
Aoba73 - 8-Feb-16 @ 7:24 AM
I thought this was an unbiased approach... All I have read are pro points... Animal testing is wrong and shouldn't happen! Why are animals deemed less than humans, when humans are still just animals themselves. Testing should be taken out on HUMANS! If a rat had a common fatal illness, would they test on a person? No. Because it's just seen as a rodent. It is disgusting! The double standards is awful! If an animal has to give it's life to allow humans to destroy natures way of population control, then it is hardly for the benefit of anyone other than those who make money from it.
Harley Quinn - 20-Sep-15 @ 9:08 PM
i agree wirth this website a lit becuyse it is very bad to animla test and it is very good to notn animal test. I live animals and I hate p[eople bevayse they do mean stuff like anujmal test.
mAddAWg - 4-May-15 @ 10:18 PM
I strongly disaprove the act of animal testing. It disgusts me that humans can treat animals like this with such disrespect. I like to think that in the near future we will have a save alternative from using animals and preventing this abnormal humane behaviour.
Dinkleberg - 29-Jan-15 @ 11:11 AM
Title:
(never shown)
Firstname:
(never shown)
Surname:
(never shown)
Email:
(never shown)
Nickname:
(shown)
Comment:
Validate: