Making Informed Choices About the Use of Animals in Testing 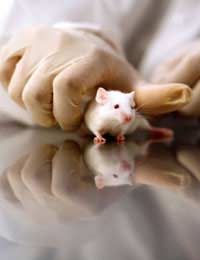 Animal testing affects everyone in one form or another. Each time you receive a prescription for a drug, you are likely taking a medication that was tested on animals. Each time you use a cleaning product or household item, you are also probably using a formulation that was tested on animals. Yet, many of us give little thought to the process that occurs to bring us an enormous number of consumer products and potentially life-saving medications. On the flip side, activists who aggressively target animal testing companies rarely shun all medicine and its drugs. For most of the public, it can be difficult to make an informed choice as well, given that there is a great deal of misinformation, exaggeration and manipulative explanations that slant animal testing in a light that simply is not accurate.

Animal welfare groups do, in one sense, play a valuable role at times. They keep the government 'on their toes,' by monitoring the activities of regulation and challenging aspects that they feel are not conducive to humane animal care. It is the extremists and particularly aggressive activists who use intimidation, threats and physical violence, which give a dirty reputation to animal welfare groups.

At the same time, there is no shortage of manipulation within animal welfare groups with regards to exaggeration of the facts. A quick check of some of the more well-known groups such as People for the Ethical Treatment of Animals (PETA) will show the use of violent, gory words to describe standard medical acts that are performed under anaesthetic. This type of approach is used by many animal welfare groups to promote their organisation. For example, a very typical medical procedure is to take a biopsy, which could perhaps involve a tissue sample from the animal's leg. An animal welfare group may use a phrase such as 'sliced flesh from the animal's leg' to provide the reader with a very horrific and gory spin on the act. The insinuation is that the scientist ripped off part of the animal's leg while the animal was still functional. The words also imply that the animal was not provided with any pain reliever or anaesthetic.

It is suggested that you do be wary of this sort of terminology when formulating an accurate understanding of animal testing. For the above example, you may fully object to the use of animal testing for biomedical research even knowing that the animal is under anaesthetic and that the procedure involves a standard biopsy. The point, however, is that you will have made an informed decision based on facts rather than one based on slanted exaggeration.

Most researchers and scientists like animals and indeed, have pets of their own that they dote on daily. The idea that they hate animals is a false one and has painted an unfair picture of those who are involved in animal testing. At the same time, there are still those researchers or animal technicians who abuse animals and do not treat them humanely and ethically. The scientific community, not just the public, condemns the researchers who commit animal abuse. Most people would agree that those who mistreat animals under testing conditions should be punished and receive consequences that are appropriate to their actions. But ultimately, these researchers are a minority - not a majority - and the coverage by the media and animal welfare groups can paint a picture of all researchers being abusive rather than a very limited minority.

The area of cosmetics testing is one that tends to have more opponents then supporters. This is primarily due to the aesthetic nature of cosmetics, which many people cite as frivolous and unethical in terms of its application to animal testing. Those who do support animal testing tend to support its medical applications because these benefit human life by reducing morbidity and mortality from many diseases and health conditions. You may still feel that animal testing for cosmetics is appropriate but keep in mind that it is now banned in the United Kingdom and will soon be almost fully banned in the European Union by 2009.

Your Opinion Can Make a Difference

It can be tough to weigh all sides of animal testing and even more difficult to decide if you support certain aspects and condemn others. Perhaps you will condemn all animal testing or alternately, support the use of animals for any testing purposes. Try to read and learn from as many reputable sources as possible and consider making a decision after you feel well-informed. Then, you can also consider getting involved with an organisation that aims to support or conversely, stop some or all aspects of animal testing. Even if you are uncertain about which side of animal testing you are on, you can still become informed because animal testing laws and regulations are all influenced by the public. Your reaction to animal testing is important and does impact the practice.