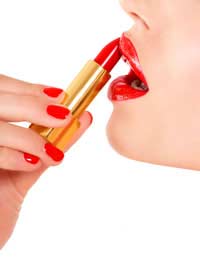 Animal testing on cosmetics is arguably one of the most - if not the most - controversial areas of animal testing. Although it was banned in the United Kingdom (UK) in 1998, it does still occur in other areas of the world. The European Union (EU), introduced a testing and marketing ban in march 2009.

What Happens During Cosmetics Testing?

Cosmetics testing on animals relates to many aspects of the manufacturing process. Animal testing may occur on the full, finished product or it may occur on individual ingredients within a formulation. Another country may even be contracted to conduct the testing within the cosmetic company's homeland or it may be contracted out to a country where animal testing is not currently banned.

Types of Animal Testing for Cosmetics

Cosmetics testing is usually focused on ensuring that a product does not harm a person's eyes and skin. It is also tested for overall toxicity and any toxicity related to ultraviolet light. An example would be a product that contains retinol, which makes a person more susceptible to sun damage. As such, manufacturers will usually recommend a person use a sun protection factor of a minimum amount to safeguard skin and prevent damage and burning. Cosmetics testing will also focus on testing for mutagenic effects. Despite even this array of stringent testing, people do still suffer from reactions to cosmetics, which does indicate the challenges of drawing conclusions from testing that apply to the majority of the public. At present, cosmetics testing is generally faring well without the use of animal testing in areas where it is banned and hopefully, this trend will continue to take hold of other countries.

Controversy of Animal Testing on Cosmetics

The practice is particularly controversial because animals may experience discomfort, suffering and ultimately die, all in the name of aesthetics and 'looking good.' Thus, it is this aspect of animal tests that draws an enormous amount of criticism, both in the UK and internationally. In fact, there are some who support animal testing for medicine simply because it involves the improvement of human health and the extension of human life. They do not, however, support animal testing for cosmetics because the cost to the animals doesn't justify the research, which is really about enhancing appearances for humans.

It should still be noted that although finished cosmetics products are not tested on animals in the UK and some other areas, there are still substances that have both cosmetic and medical uses. As such, they are essentially exempt from the regulations around cosmetics testing on animals. Examples include the wrinkle treatment botulinum toxin, sold and advertised under the name Botox.

While many companies are now citing 'no testing on animals' in terms of their ethical stance on cosmetics, it is clear that this is an excellent marketing strategy given the widespread public disapproval of the practice. Ironically, those companies who do not test cosmetics on animals are still benefiting from previous data that was conducted on animals. The basic ingredients in many cosmetics formulations are the same. Therefore, a company can still obtain great benefit from the prior use of animals in cosmetics testing while being able to claim that their particular product was not tested on animals. This is a legal practice but it does go to show how far-reaching animal testing on cosmetics can be in terms of current claims.

What Else Can Cosmetics Companies Do?

One common query regarding cosmetics companies who do not test their products on animals is the question of how this is accomplished while still satisfying laws, regulations and safety standards. In the UK and many areas where cosmetics testing on animals is banned, manufacturers are still required by law to show that a product meets certain health, hygiene and safety standards before it can be approved for public purchase and use. As mentioned, one way this is accomplished is through the use of ingredients or formulations that were previously tested on animals. Another option for cosmetics manufacturers is quite simply to avoid an ingredient or group of ingredients that have not clearly shown safety in terms of animal testing. Finally, cosmetics companies can and usually do test their products on human volunteers or in clinical trials.

The overall consensus within the public appears to be that animal testing has no place in cosmetics production and sales in the UK. Thus, it seems that the ban will continue as more countries follow the UK's lead in ending cosmetics testing on animals. This means that humans can continue to 'look good' but do so without causing suffering and pain to animals.

For more information about animal testing and what tests animals are used for, read our article Other Uses of Animals in Testing Procedures.