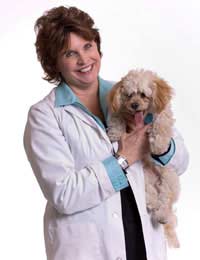 Many people are familiar with the concept of animal testing to further science, health and knowledge for humans. Indeed, much of the controversy around animal testing is focused on criticisms against humans forcing animals to suffer pain or discomfort for the improvement of human health. What a great number of individuals do not realise, however, is that animal testing also improves health and medical outcomes for animals as well. This area is veterinary medicine.

Veterinary medicine relies on animal testing in much the same way as the medical field relies on animal testing for humans. Drugs and similar treatments are developed by first testing them on animals in controlled situations. This allows researchers to have greater choice and exercise control over the different variables in the laboratory experiment. Animal testing generally amounts to approximately five percent of research that occurs utilising animals. Just as people can suffer from disease, so can animals and we rely on animal testing to safely develop treatments that will help, rather than potentially harm animals.

Treatments range from improving current vaccines for dogs to developing effective cancer drugs for cats. Some of the notable treatments that were developed because of animal testing include ones for diseases such as rabies, anthrax, tuberculosis and feline immunodeficiency virus. In particular, vaccines are an important treatment for pets. Many diseases such as hepatitis can reach epidemic proportions if left unchecked. Through the use of animal testing, vaccines have been developed to safeguard against the development and spread of these diseases. This means that enormous numbers of animals have their lives saved by the use of vaccines.

Bacterial infections are another issue that occurs in animals. These can leave an animal with a higher susceptibility to other diseases and they also result in a great deal of suffering and pain for the animal - and the owner as well when it involves a much-loved pet. Parasites can also cause major damage in animals. The use of animal testing has allowed for the development of antibiotics and anti-parasitics to treat animals.

It is also important not to forget that pets are not the only animals that benefit from animal testing. Farms and other areas where animals are raised for food can suffer enormous consequences when disease strikes. With many animals kept in reasonably small living spaces, an outbreak of disease can mean that the entire livelihood of the farm is compromised in terms of output. Therefore, antibiotics, vaccines and other treatments are vital for maintaining the health of numerous animals - not just pets. Our society places great emphasis on safe food. As such, animal testing plays a vital role in keeping our food supply as safe as possible for consumption.

The criticisms for animal testing in veterinary medicine are similar to those for medicines that are developed for human use. Opponents believe that an animal should not be forced to suffer pain or discomfort because it can't consent to the experimentation. They also believe that alternative methods are suitable but unfortunately, the scientific community tends to disagree and cites that methods such as cell cultures can't replace an entire organism.

Whether it is your own pet or the wellness of livestock, animal testing provides many benefits for veterinary medicine. For many people, their pet is a family member and it is animal testing that allows for drugs and treatments to prolong the quality and length of the pet's life. For our food supply, animal testing helps to ensure that livestock remain healthy by preventing disease and also providing treatments to deal with disease should it unfortunately occur. Still, there are arguments against animal testing for veterinary medicine. Animal testing does provide positive research that supports animal welfare but it will still come with some cost to the animals that are a part of the research. Whether you believe this cost is worth the result is a personal choice only you can make.