Home > Around the World > Animal Testing in the United States 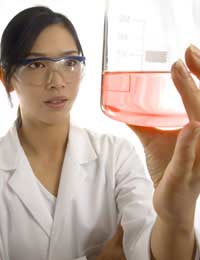 Regulations for Animal Testing in the United States

A large part of the regulation process is governed by the Animal Welfare Act, which is supported and maintained through several sectioned agencies within the United States Department of Agriculture. The goals are to ensure that animals used for research receive a high standard of care and are treated humanely and with respect. Suffering should be minimised but the stance is that it should not be minimised at the expense of the research goals and aims. Thus, this means that animal suffering is seen as secondary to the goals of research and is only minimised if it does not interfere with the success of the experiment. The guidelines and regulations themselves are also only relevant to mammals with the exclusion of birds, rats and mice, whether caught in the wild or purpose-bred for the experiment. Given the enormous numbers of rats and mice used in the United States each year, it is clear that a great deal of legislation does not cover these animals, much to the criticism of animal welfare groups. The actual care of the animals and their subsequent use in experiments, however, is mostly monitored and handled by Institutional Animal Care and Use Committees.

The United States is particularly well known for a heavy focus on university research. With some of the world's most highly rated universities based in the United States, the emphasis on cutting-edge research is notably strong. Animal testing is used frequently in university research and is considered vital for biomedical discoveries and new knowledge in the field. The competitive approach and booming pharmaceutical field within the United States, does, however, mean that animal testing is generally put to excellent use in terms of drug discovery and academic research.

It is perhaps in the United States that animal welfare groups are the most prominent and play the largest roles. People for the Ethical Treatment of Animals (PETA) is a well-known and extremely active group that campaigns for animal rights in many areas, which includes animal testing as well as the promotion of vegetarianism and anti-fur campaigns. In particular, members of PETA sometimes attempt to obtain 'hidden' videos of abuse within government, private or university laboratories in the hopes of exposing cruelty to animals and making an example of the offending research organisation and scientists. PETA is also known to target researchers by threatening them or actively holding protests in front of their property. Indeed, in some instances their actions have resulted in researchers withdrawing from their research. Although PETA targets animal testing across numerous species, they do tend to focus on the use of non-human primates as well as animals such as rabbits that are used for cosmetics and toxicology testing.

The United States is competitive in terms of scientific advancement, which means that research into drugs and medical knowledge will continue to rise. The role of animal testing is a large one but with aggressive groups like PETA that constantly challenge the laws and regulations within the country, it is anticipated that pressure to develop better alternatives to animal testing will prevail.

Animal Testing in Australia
Share Your Story, Join the Discussion or Seek Advice..
[Add a Comment]
eeeeeeeeeeeeeeeeeeeeeeeeeeeee animals I am coming for you
sde - 21-Oct-19 @ 3:39 PM
you all are right. animals are treated very badly. the evil scientists are mad they dont knw that animals has feelings too.
un roger - 21-Oct-19 @ 3:38 PM
Personally, I think we should use murders and child molesters for testing, if you must. And to “Kate” you use animals “ to avoid liability “ why ? Because they can’t hire a lawyer to sue you? That would be unethical on your part and taking quite a bit of advantage on a helpless being. You medical field typesare so arrogant and are glorified drug dealers at best. You work along side w big Pharma companies to keep the public sick and medicated so you can get paychecks. You don’t actual heal anything. They won’t put a cure out for cancer cus cancer is BIG business ! So don’t insult my intelligence. People need to eat healthy and less meat , drink water not sodaand exercise,learn how to relax and be a good person. Y’all won’t get so sick if you do. The placebo effect people ! You can heal yourself.Your mind, body and emotions are all connected. Anyway back to the wonderful animals. I fear the only time the animals and earth will know peace is when humans are extinct.
Trinity - 23-Sep-19 @ 8:22 AM
If there are laws against suffering and abuse on animal testing then why are the tech labs and colleges still being able to do it??WTF???
Anna - 22-Aug-19 @ 5:36 PM
IfThere is loss for suffering and abuse and lots of food and why is it still going on how come the people who are doing it I still doing it
Anna - 22-Aug-19 @ 5:34 PM
How can we make it stop because animals surely don't deserve this and we have no right to treat them like objects. Developed countries like USA, UK doing such things is really disappointing. They are setting a bad example for others.
Animallover - 24-Jul-19 @ 4:31 AM
I have degrees in chemistry and physics and have done cancer research before in the U.S. but stopped because drugs require animal testing despite the lack of scientific value most of these tests provide. There are people dying every day and yet animal testing is required to ensure safety? Give me a break. Many diseases present differently in animals, especially cancers. My research was focused on nanobots that would exploit the unique chemical environment inside cancer cells, which varies between different cancers and certainly between different species. Most research is done on animals simply because it is an easy way to protect against liability lawsuits.
Kate - 23-Jul-19 @ 4:02 AM
This is Cruelty to innocent cats & kittens Stop all this research. Dissecting animals while they're alive OMG. This angers me ! Shut these places down. Get in there and Save these innocent cats and kittens now. I don’t want to know another suffered. Stop. Change the law to not use any animals & people for their sick minded people Save them. .
None - 2-Jun-19 @ 1:25 AM
Hello, I would like some information about the issue with animal testing. I am doing a project for my school about this subject. If you can please answer a few questions for me that would be great. 1. How can we help the issue with animal testing? 2. Who is able to help make the change? 3. When will we have an impact? 4. Is the government doing anything about this? 5. Could we stop the animal testing completely? Thank you for your time, Kerstyn Craft
Kerstyn - 15-Apr-19 @ 3:33 PM
Animal cruelty is so controversial! In some aspects, I do understand why it’s used, however I am an avid animal lover and cannot bring myself to justify what they do. Although animals can react very similarly to humans, it isn’t exact, and the way that technology and medicine is advancing, unknown problems can arise- causing large problems. How do we know that there aren't certain responses from animals that we aren’t accustomed to? There is uncertainty and I don’t feel that we can allow this to continue. As I am British, it is indeed a nice insight as to how America functions with animal testing. This website is useful to my studies and I like to know how this works in America. Thanks
Chloebee - 9-Mar-15 @ 2:46 PM
Title:
(never shown)
Firstname:
(never shown)
Surname:
(never shown)
Email:
(never shown)
Nickname:
(shown)
Comment:
Validate: