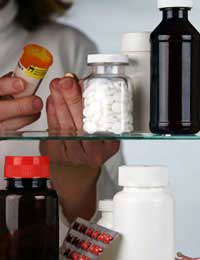 If you are not clear on how the clinical trials process works, you might have some confusion about where animal testing fits into drug development. It's a good idea to familiarise yourself with the sequence of events that lead to a medicine being approved for human use. Then, you can gain a better understanding of why animal testing is deemed so important for medicine. The animal testing occurs prior to the commencement of human trials but it may still occur again later if it becomes appropriate.

What are Clinical Trials?

In terms of medicine and health, a clinical trial is where a type of medication or a new medical treatment is compared to a placebo. A placebo is simply a substitute, inactive version of the drug. It has no effect on the body. Sometimes, simply the suggestion to a patient that he or she will be taking a drug for the condition in question is enough to affect how the patient 'feels.' A placebo ensures that results are truly from the drug being developed. Clinical trials on humans occur in four phases and are commenced following preliminary testing on animals.

Animal testing is, in a sense, a separate aspect to clinical trials, which occur on humans. It is an important and often mandatory type of testing that occurs as a pre-clinical study to human trials. It's essentially the first step to assessing if there is enough evidence and safety to warrant further testing on humans before applying for full approval based on both the animal studies and human studies results.

In pre-clinical trials, animals receive an enormous variation with regards to the doses of the drug in question. This occurs to allow researchers to learn how effective - if at all - the drug is and it also allows them to measure the toxicity and safety of the drug. In addition, it tells researchers a great deal about the pharmacology of the drug and how it is metabolised as well as how it affects various body systems.

Human clinical trials will occur if it has been determined that the initial evidence for the drug is positive following animal testing. This decision is not taken lightly because the costs associated with human clinical trials are high. Human clinical trials are separated into phases. The first is aimed at further assessing the drug's safety and usually occurs on a small group of healthy volunteers. The second phase involves a larger group and continues to assess the safety of the drug while also assessing the drug's efficacy. The third phase is on a relatively large population set and while it does continue to assess the safety of the drug, it aims to provide a more structured assessment of how effective the drug is as well as compare it to the current drug that is considered the most effective for the condition. In Phase III, the results are combined with the animal studies and any other relevant research and information before being packaged into a comprehensive document that is submitted to the regulatory agency in the country where the drug will potentially be available. Phase IV aims to detect any rare or long-term effects of the drug and is performed on a large population. There has also - more recently - been a Phase 0 introduced, which is geared to speed up the process for drugs that are considered particularly promising.

The clinical trials process is a lengthy one and can last for nearly a decade. The money and time involved means that animal studies are a vital aspect to provide an early indication of a drug's safety and efficacy without harming humans. Humans will, of course, still possibly suffer side effects and rarely, dangerous reactions to drugs during a clinical trial. The process, however, operates on the premise that this potential for harm is greatly reduced through preliminary testing on animals and that human life is valued above other animals. For those who oppose animal testing, they often feel that animal life is equal to human life and that animal testing should be banned for this reason. Instead, they believe that other models of testing can replace animal testing, which they purport will be sufficient to gain enough information to safely proceed with human trials. Ultimately, the research community does generally support animal testing. They consider it crucial and mandatory to use animal testing to facilitate successful and safe drug development.

Animal Testing on Cosmetics
Share Your Story, Join the Discussion or Seek Advice..
[Add a Comment]
I like this beacusee it is very help full to my many college students that need rely able sourses! Love this sited!
Rachel Berry - 2-May-15 @ 11:50 PM
@Honors. We hope this website helps you with answers to your questions and to help you formulate your own opinion. We can't actually do your homework for you however :-D
AboutAnimalTesting - 24-Feb-15 @ 2:40 PM
What are the pros and cons of human testing? And what is the real definition of human testing? Does extracting tissue and storing them for further experimentation part of human testing?
Honors - 22-Feb-15 @ 3:50 PM
@chinnie. Read through the articles in this section, you'll find lots of useful material there.
AboutAnimalTesting - 6-Nov-14 @ 1:01 PM
what are the pro and cons of the medicine that Veterinarians give animals? can they overdose?
Chinnie - 5-Nov-14 @ 4:08 PM
Title:
(never shown)
Firstname:
(never shown)
Surname:
(never shown)
Email:
(never shown)
Nickname:
(shown)
Comment:
Validate: