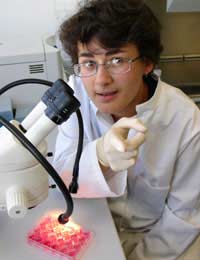 Animal testing is a deeply divided subject, with a great deal of passion, emotion and ideas on both sides regarding the ethics of this practice. There is also a grey area as well, where some individuals support animal testing only under special circumstances while they oppose its use for other areas.

Generally, the scientific community is strongly in favour of animal testing. They see humans are superior to animal life and this belief thus justifies the use of animals in testing. While animal suffering should be minimised, they also cite that it is preferable for an animal to suffer as opposed to a human. The medical breakthroughs that have occurred as a result of animal testing are also considered reason enough to continue the practice, with the aim of reducing human suffering and saving human lives. Ultimately, supporters believe that the end result of saved lives justifies the means of using animal testing.

Support is also geared at protecting humans, not simply producing new life-saving drugs - although this is seen as a priority. Military defence involves animal testing to simulate battle wounds and gauge reactions to exposures of agents used in war. Animal testing is an important part of preventing a widespread disaster if chemical agents are released by another country.

As a result of the controversy with animal testing, however, more media attention has occurred in terms of animal care in animal testing facilities. Regulations and laws in Britain are some of the strictest in the world and the transparency that exists is a positive step for both animal testing supporters and those who are against it.

One key argument against animal testing involves the inability of animals to consent to the tests. Humans, it is argued, can make an informed decision to consent while animals have tests forced upon them, with no choice.

A major ethical issue with animal testing is that it involves pain, suffering and discomfort under some circumstances. While researchers do address the potential for pain by measures to minimise it whenever possible, they aren't able to completely prevent any pain from occurring. Where possible, they will use anaesthetic but for some types of testing, using a pain reliever can mean an interaction with the drug being tested. For this reason, animals must experience the effects of the one drug and if it involves pain, this presents an unfortunate conundrum for researchers.

Isolated cases of abuse have also added more fuel to the case against animal testing although reaction from the scientific community was similarly swift and indicated that such abuses will not be tolerated.

Despite having a look at both sides involved in the controversy of animal testing, there is still no clear right or wrong that seems to appease everyone. One thing, however, appears to be unanimous - that at the very least, Animal Suffering should be minimised and that animals should be respected during their care. If animal testing is to continue - and at present it is ongoing - animals must not be abused.

Allegations of Abuse in Animal Testing
Share Your Story, Join the Discussion or Seek Advice..
[Add a Comment]
but throbbing cocks are safe.
your gay mom - 21-May-22 @ 1:56 AM
whst the heck, this doesn't help at all, are you kidding me. Lol just kidding i din't even read it lol lol
yah - 27-Jul-20 @ 5:28 AM
The only reason vivisection is "controversial" is because this failed 19th century methodology became not only a tax paid lucrative industry unto itself, and a safe haven for sadists,but the poison pushers rely on it's skewed and easily manipulated "results" to market their products to unsuspecting members of the public. It has, over-all, helped to make things much worse in the world.And that is what would be expected, since good doesn't spring from evil. Everyone should try to read these three books, the first of which was pulled out of bookstores as soon as it arrived, because "the medical mafia" (the title of another great book) got advance notices about the documented information it receives.All of them are suppressed, because Heaven forbid the truth should get out. "Slaughter of the Innocent"and "Naked Empress, or The Great Medical Fraud,"by Hans Ruesch,and "Vivisection or Science, A Choice To Make" by Pietro Croce, MD.
Suki49 - 24-Mar-19 @ 5:45 PM
Why are scientists torturing these poor animals when there are other ways to do the same tests whithout hurting humans or animals.
Iris - 7-Mar-19 @ 8:01 PM
You know that phrase that cats are humans too. Well if animal testing is to help people. Then why are they killing cats? Why are they even allowed to test on innocent creatures that barely have any freedom?
AgainstAnimalTesting - 19-Mar-17 @ 10:26 PM
Animal testing isn't very righteous in itself, plus there is also the point that human and animal bodies are different so one could not get the same answers in the different body types, it would be very controversial. And again, it isn't very ethical in itself.
Prof.Nemur - 19-Mar-17 @ 4:13 PM
Is anyone aloud to put a comment, looks like a bunch of 6th graders comenta and there were like only 4 normal commenters that actually sympathize. Anywho animal testing is wrong and ashamed my products are cruelty based wish there was another way a life shouldn't have to suffer for the benefit of another life, it is not our job tu hurt animals we are here to help this earth not to destroy it with our selfish needs.
Karita - 17-Mar-17 @ 4:22 PM
DOES ANYONE KNOW THAT I Had TO WRITE ABOUT ANIMAL TESTING AND YOU ARE JUST A BIT MORE OF A JERK BECAUSE YOU GUYS ARE LITERALLY LIKING THE ANIMAL TESTING BECAUSE OF YOUR STUPIDITY. I SHAME YOU FROM DOING THIS SO BEAT IT.
becky - 1-Feb-17 @ 4:20 PM
This helped me with my reading comprehension
TMLANDRY - 9-Nov-16 @ 4:42 PM
this helped alot for school also i think that you should post more of things like this and dont forget have a great day. :)
ivyleaugestudent - 9-Nov-16 @ 4:40 PM
Thanx a lot for this informations...need them in my assignment
marium - 3-Aug-16 @ 4:38 AM
Thanks alot. I need some new information for my writing of ielts. I am not an english or american student.
Crammer - 26-Jun-16 @ 6:02 AM
its wrong but sometimes it's necessary
jefafa - 10-May-16 @ 5:15 PM
This article really helped my with an argumentative essay I had to do for one of my classes. Thank you!
tasseystudent - 28-Apr-16 @ 1:31 AM
sorry... this website really helped because I had to do a report!
hi - 16-Mar-16 @ 5:09 PM
This is an amazing website. With outstanding facts. I needed Info about the animal testing controversy for my college paper. :)
Lea - 8-Mar-16 @ 11:36 PM
its not the safest way to test
brain n is crazy - 14-Apr-15 @ 3:17 PM
Title:
(never shown)
Firstname:
(never shown)
Surname:
(never shown)
Email:
(never shown)
Nickname:
(shown)
Comment:
Validate: