Home > In the News > Improving Transparency in British Animal Testing 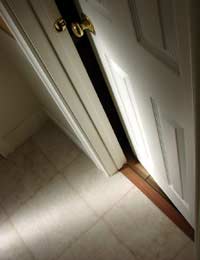 One of the issues in animal testing is that some members of the public and scientific community are fearful that animals are being mistreated under closed doors. For this fear to be wiped out and to encourage public support of ethical animal testing, transparency needs to be improved in British animal testing. In this way, Britain can also set the stage for better standards of animal care around the world. Still, the task is easier said than done. The best way to accomplish the goal of improved transparency in animal testing is a controversial topic that encompasses many opinions from both supporters of animal testing and those who are adamantly against it.

Within reason, the publication of the details and data from animal testing that is conducted in the United Kingdom (UK) would be a positive step to improving transparency in British animal testing. While there is the Animal Procedures Committee to help improve accountability in animal testing, it is still not considered by some people to be nearly enough to maintain ethical animal testing. If publication of the information is to be successful, there must also be a great deal of care given to the confidentiality aspect of animal testing experiments. The confidentiality relates primarily to the drug or substance being tested. Ideally, the Animal Procedures Committee will provide support and involvement as well.

Pharmaceutical companies and other areas of the research sector invest an enormous amount of time and money into developing life-saving treatments and producing valuable new information. If too many details are published, another company or organisation could essentially profit from the work of the original company. The details would need to specifically show the standards of care that the animals receive but without sharing the details of the product being tested.

A government meeting suggested that the details could be provided in a succinct, non-technical sort of way, which would appease the need for improved transparency in British animal testing without compromising the efforts of the company who performs the animal testing. To safeguard the company further, the information would not include the names of those conducting the research or the facilities where experiments would be performed. However, the researchers would be required to justify the need for the research and the experimental format.

Unfortunately, the improved transparency still generates controversy and anger. While those individuals who are pro-animal testing see improved transparency as a positive and beneficial step in the right direction, animal rights activists still feel it is nowhere near enough transparency. Activists support the premise that there should be full disclosure and publication of the science activities of researchers rather than a partial disclosure.

Unfortunately, it seems as though there is no perfect solution that can appease animal rights activists, scientists and all other members of the public and science field. Most of the scientific community see increased transparency as an important move that will safeguard the health and safety of laboratory animals. There has even been the suggestion of a special research centre in Britain, which would serve to conduct research into new methods of testing that encompass the three R's of animal testing – reducing, replacing and refining methods of animal testing. Hopefully, this idea of a new research centre will be investigated and considered as an effective option for improving animal testing standards and uses in the UK. Until then, improved transparency and openness is a positive step but it is unfortunately not enough of a step to please all sides of the animal testing debate.